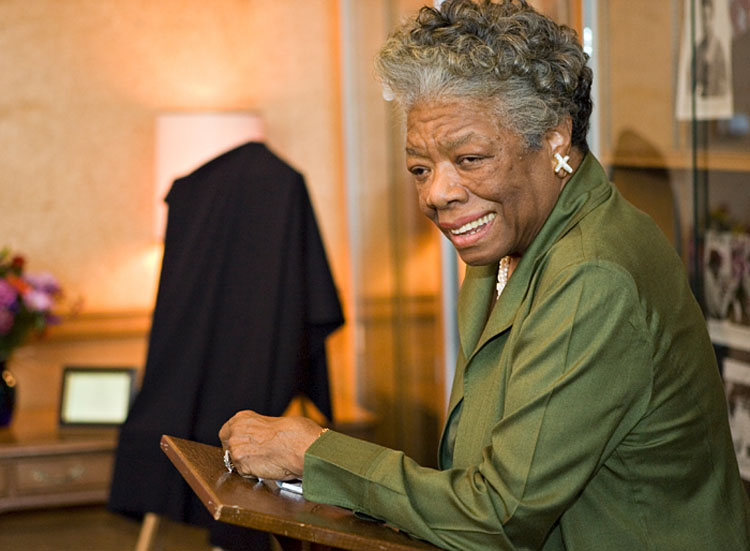 Dr. Maya Angelou, the poet, actress, author and civil rights activist known around the world, discovered her passion for teaching at Wake Forest University. And, in the past four decades, she has inspired generations of students to become better writers, thinkers and citizens.

“She devoted her life at Wake Forest to creating a love of language and a keen awareness of the power of literature and learning, and generations of Wake Forest students have lived richer lives for her teaching and guidance,” said Wake Forest President Nathan Hatch. “Maya Angelou has been a towering figure — at Wake Forest and in American culture. She had a profound influence in civil rights and racial reconciliation. We will miss profoundly her lyrical voice and always keen insights.”

In a 2008 USA Today interview, Angelou talked about teaching: “I’m not a writer who teaches. I’m a teacher who writes. But I had to work at Wake Forest to know that.”

Angelou first came to Wake Forest in 1973 for a speaking engagement, starting what would become a long relationship with the University. She was named the University’s first Reynolds Professor of American Studies in 1982.

Wake Forest awarded Angelou an honorary degree in 1977. In 2002, the Wake Forest School of Medicine created The Maya Angelou Center for Health Equity to study racial and ethnic disparities in health care and health outcomes. President Bill Clinton invited Angelou to present a poem at his first inauguration in 1993; her poem “On the Pulse of Morning,” was later set to music by Wake Forest’s composer-in-residence Dan Locklair. Angelou narrated the premier performance in Wait Chapel.

In an Ebony magazine interview, Angelou recalled her first visit to Wake Forest and the informal discussion that followed her lecture, “Around nine o’clock, I found myself seated in the student lounge, surrounded by more than 100 black and white students in relaxed poses on the floor. Their questions were pertinent and unexpected…. I sat fielding, answering and asking questions. After midnight, I stood, thanking my audience for their courage.”

Over the years, she has taught a variety of humanities courses, including “World Poetry in Dramatic Performance,” “Race, Politics and Literature,” “African Culture and Impact on U.S.,” “Race in the Southern Experience” and “Shakespeare and the Human Condition.”

“She brought distinction and her unique grandeur to her 32 years at Wake Forest,” said Edwin Wilson, the university’s provost emeritus, who was instrumental in bringing Dr. Angelou to Wake Forest.  “But– in a quieter way — she was an always generous friend: loving Wake Forest as we did and responding to every request for a speech, an interview, or a conversation with someone who wanted to meet her.  And — to the last — she displayed the lifelong courage that she inspired in others:  the greatest of all virtues, she said.”

“She is so in touch with people, so able to focus in on what makes us all unique—we knew she loved us all,” said Deidre Jones Miller (’92, ’95 JD), in a 1993 Wake Forest magazine article.

In 2012, Melissa Harris-Perry (’94) interviewed her former professor for her MSNBC program, “The Melissa Harris-Perry Show.” In her introduction, she said, “The lessons she has to teach reach far beyond the classroom into our very lives. One of the key lessons was courage. I’ve said it myself over and over.” (Watch the interview.) 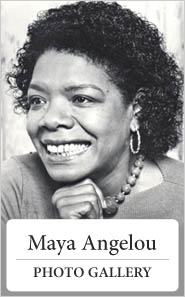 In her classes, Angelou encouraged her students not to be fence sitters, but to take positions on issues. “You can say anything,” she said in a Q & A in Wake Forest magazine. “The only thing is to defend it… and not be in love with any position, but to be in love with the search for truth.”

For filmmaker Sona Tatoyan (’00), “having Maya Angelou for two classes was THE turning point in my life,” she said. “I started to see the value in being in this outsider/insider situation I had been my whole life. It was like a wake-up bell went off — a call to action in my life.”

Angelou often told people she was a hard teacher, but a good one. “I will use any ploy to convey my message. I will sing. I will read Shakespeare.” She often invited students in her class into her home and cooked for them.

“In the 20-plus years since I experienced her unique and powerful teachings, memories of the voice, the presence and the enlightened conversations all continue to nourish the seeds she planted,” said J.J. Jackman (’89). “With Dr. Angelou, every class was ‘Being Human 101.’”

Outside the classroom, Angelou also shared her wit and wisdom at convocations and other University gatherings. In a 1985 commencement speech, she told graduates, “Your destiny is to develop the courage to flesh out the great dreams, to dare to love, to dare to care, to dare to want to be significant and to admit it, not by the things you own or the positions you hold, but by the lives you live.” 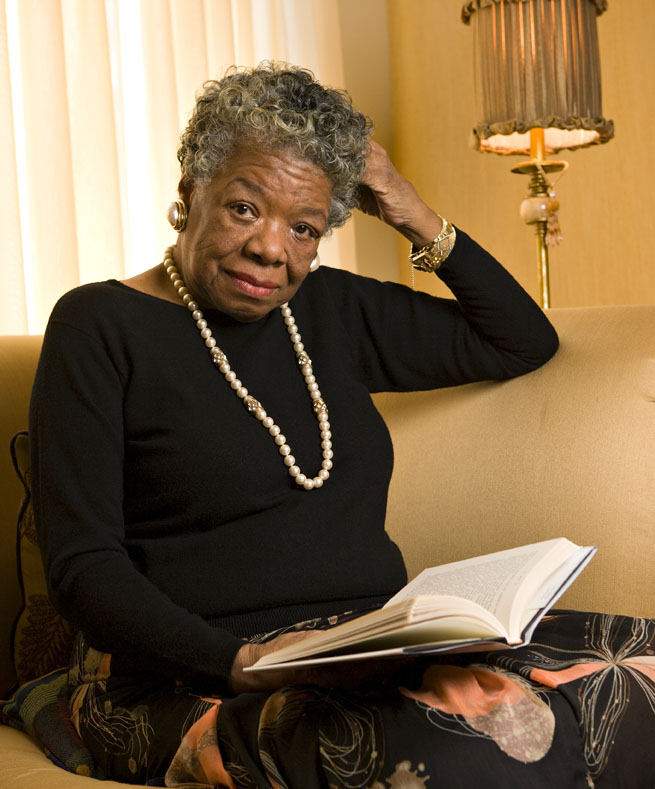 She has also used her theatrical talents at Wake Forest. In 1985, she directed an innovative production of “Macbeth” for the Wake Forest University Theatre.

Angelou counted many Wake Forest faculty among her close friends, including her English department colleagues Ed Wilson, the late Elizabeth Phillips, and the late Dolly McPherson, who wrote a critically acclaimed biography of Angelou called, “Order out of Chaos.”

Angelou is the author of more than 30 books of fiction and poetry, including her autobiographical account of growing up as a black girl in Arkansas, “I Know Why the Caged Bird Sings” (nominated for a National Book Award) and six other autobiographical books. Her volume of poetry, “Just Give me a Cool Drink of Water ‘Fore I Die” (1971) was nominated for a Pulitzer Prize. In 2012, Business Insider magazine named Angelou to its top 10 list of the most famous college professors.

In recent years, Angelou donated movie scripts, drafts of plays, and other materials related to her work in film, television and theater to Wake Forest’s Z. Smith Reynolds Library. Many of the materials are hand-written on legal pads or in notebooks with handwritten margin notes or corrections. Highlights include the movie scripts for, “Georgia, Georgia” (1972) and “Down in the Delta” (1998).

Angelou was scheduled to teach “Race, Culture and Gender in the U.S. South and Beyond,” in fall of 2014.

A private Memorial Service was held in Wait Chapel on June 7.

» A celebration of rising joy